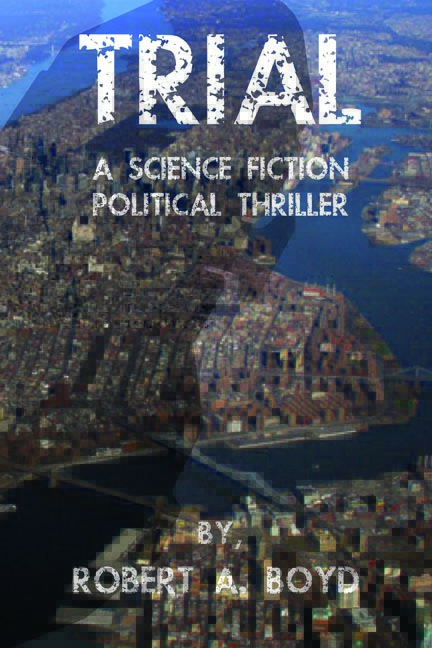 The Trial Of The Century...

The starship was plain to see even in low earth orbit. It was roughly the size and shape of Manhattan Island.

"Please understand...we never wanted anything like this to happen." The Attorney General was sweating from more than just the summer heat. "This was the act of a madman! We're sincerely sorry!"

The new alien reared back. "We understand our envoy was killed the moment it appeared on your world, while offering our good wishes and expressions of friendship!"

The charge is murder.

Humanity is on trial.

The time is now; the place: New York City. The Universe has finally arrived - and lays dead in Central Park, gunned down live on world wide television. Now the aliens demand answers, and Washington scrambles to placate them. But there are those who would use this crisis for their own political advantage, and will stop at nothing to achieve their ends. The world watches nervously as the murder trial turns into a political circus, and the rising tide of chaos threatens to plunge the nation into revolution. The aliens grow increasingly impatient as the conspirators advance their plans. Which is the greater threat?

This story is an interesting example of how current events can shape a tale of fiction. I was winding up the draft of 'Nature's Way' in early 2007, and started fishing for my next project at a time when the country was becoming dangerously polarized by the actions of the hard Right. As I watched these gyrations with dismay, an idea came to me for a story about how a catalytic event would set off all the tensions, anger, fear, and paranoia of the time, leading to an attempted radical right uprising. The idea grew quickly, and the first draft was put together during the growing furor of the 2008 Presidential election campaign, which fueled the tension that the story is based on. It was completed in early 2009, just as things looked to be settling down. Sadly, that proved to be a brief illusion, and I have to wonder now: have I written a forerunner history of the next few years?